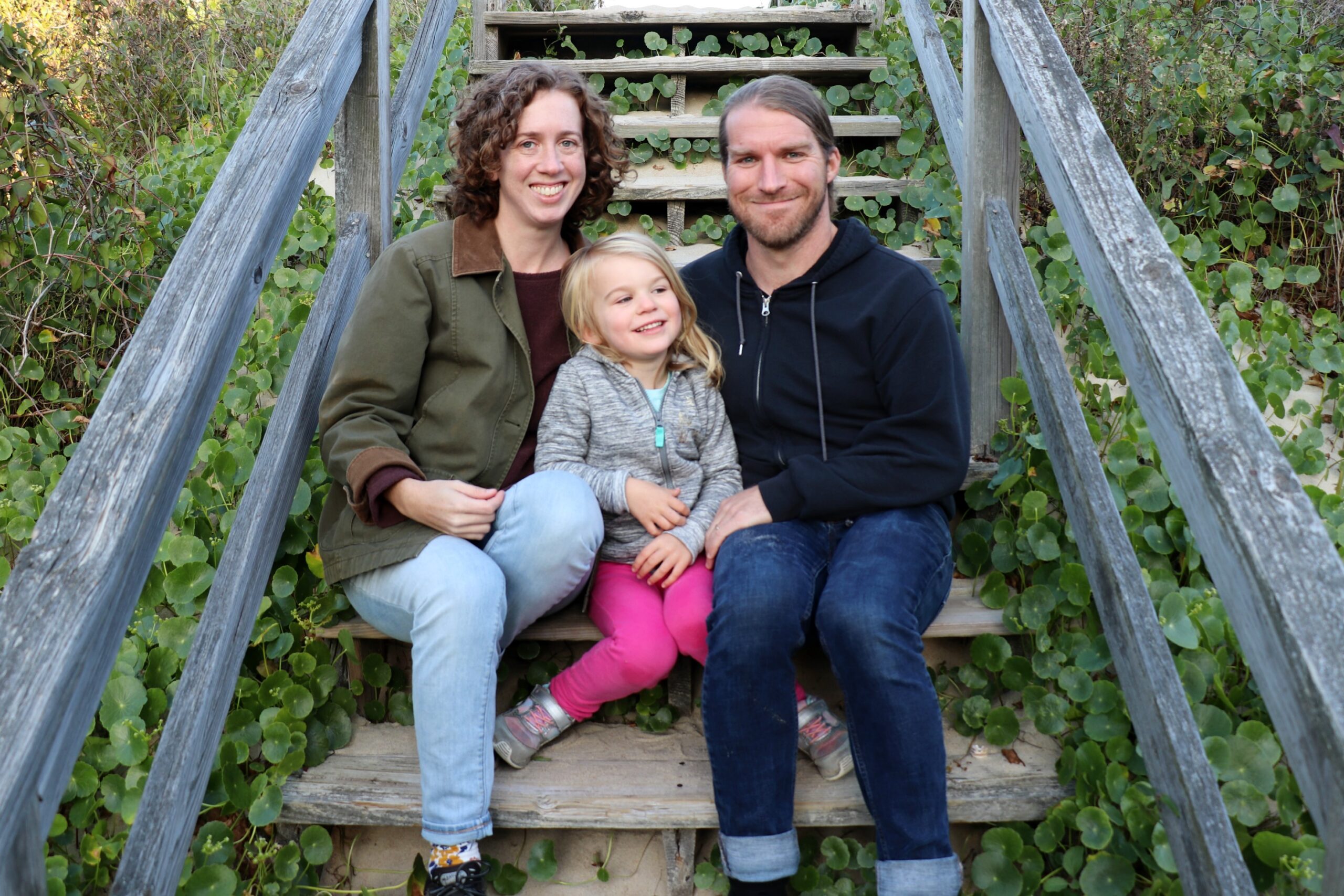 “Community Home Trust gave us an opportunity to get our feet under us, and when we eventually get to a point where we’ll buy a home on the private market, we can pay it back to someone else who is where we were so they can get their start, too.” That’s how Jack describes how he views CHT’s model of permanent affordability, which allowed his family to buy their Carrboro home four years ago.

Jack, Chloe, and four-and-a-half year old Wren live in Cedar Court, where their neighbors are friends and where they’re within walking distance of downtown, the playground, and the elementary school Wren will eventually attend. They both agree that they’ve never lived in a neighborhood so close knit as theirs, and after experiencing the isolation of living “out in the country,” which is the only place they could previously afford to be, they couldn’t be more grateful for the community they have found.

Wren was a newborn when Jack and Chloe started looking to buy a home and settle down. Jack worked at the Arts Center, and Chloe worked for KidzNotes — and based on their income, the only homes they could afford on the private market were far from their work and the community they were looking for. That’s when they learned about CHT. “It’s a program that’s set up so people who work jobs that serve the community but that don’t necessarily pay enough for them to be able to live in this community are actually able to do that,” explains Jack. “That’s definitely what it’s done for us.”

Jack now works in grants management at UNC Medical School, and Chloe teaches violin lessons — and her teaching load has been dramatically reduced because of the pandemic. Both agree that owning their CHT home has made weathering the pandemic much more manageable. “With my job decreasing so dramatically, the amount of money we’ve been able to save here has made us feel safe,” shares Chloe. Jack agrees: “If we were having to pay rent prices right now, we would have been deeply in the red every single month. It’s hard to imagine what our situation would be.”

The process of buying their home was complicated, both agree, and CHT’s support in navigating that process was invaluable. “Getting through the homebuying process was huge,” says Chloe, “and CHT was there to walk us through every step of the way.” They were especially grateful for that support when a 50-year-old pipe cracked just one month after they moved into their home, causing significant damage, not to mention stress. “It’s such a huge sign of the moral fiber of CHT, ” says Chloe, “that they stepped right in to help without even blinking.” Jack and Chloe agree that the support and backing of CHT over the past four years has been critical as they’ve learned to navigate homeownership.