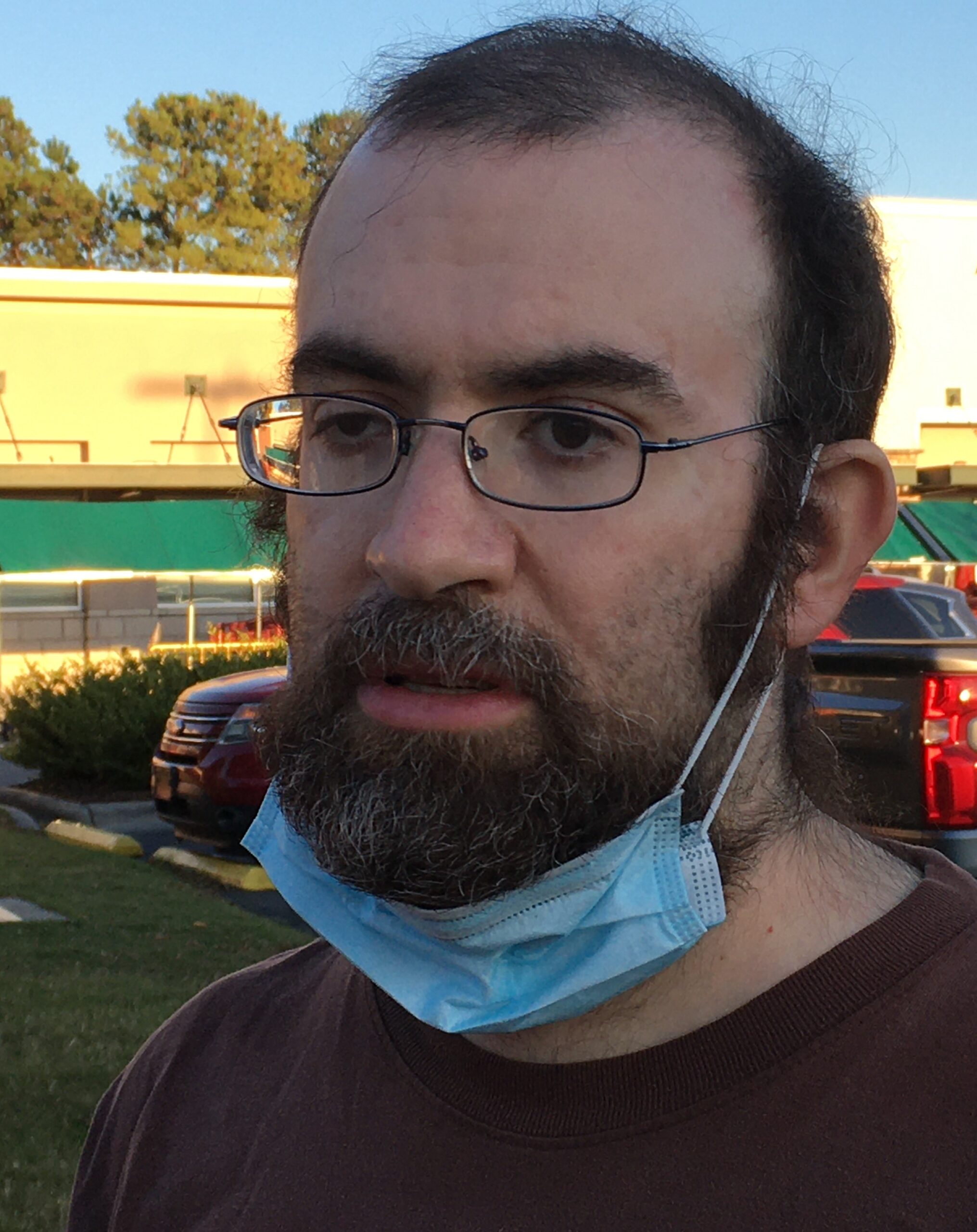 Paul grew up in Chapel Hill from the age of five, and with the exception of his years attending N.C. State, he has lived here ever since. He works at Trader Joe’s, and over the years he has lived in several different places in Chapel Hill.

One of his former apartments flooded regularly. Another was torn down. That history of housing instability is why Paul was so glad to learn that through Community Home Trust, homeownership was a possibility for him.

Paul first heard about Community Home Trust in 2014 through his father, who is friends with Robert Dowling, the former executive director. After he applied, shares Paul, he stayed on the waiting list for some time. He was thrilled when a condo at 140 West became available. He moved into his home in 2015, and he loves where he lives. It’s easy for him to get to work by bus since he doesn’t drive, and he enjoys regular fellowship with his neighbors in the building for happy hours and holiday gatherings (although those have been limited recently by COVID-19).

Paul was especially grateful that the low cost of his home made it possible for him to stay even when he had to take several months off from work at the start of the pandemic due to health issues that make him immunocompromised. With his unemployment, he was able to continue to cover the cost of his home, and he’s very glad for that stability.

“With the [Community Home Trust] program, a lot of things become possible that would otherwise not be possible,” explains Paul, and that’s why he would encourage others to consider applying. “I assumed homeownership was for people who had more money than me or whose income was higher than mine.” But even with the additional costs that come with homeownership like HOA dues and maintenance costs, his monthly bills are less than market rate rent would be. And, adds Paul, “there are so many things I don’t have to worry about that I had to worry about as a renter because this place is more reliable and I don’t have to move over and over again.”