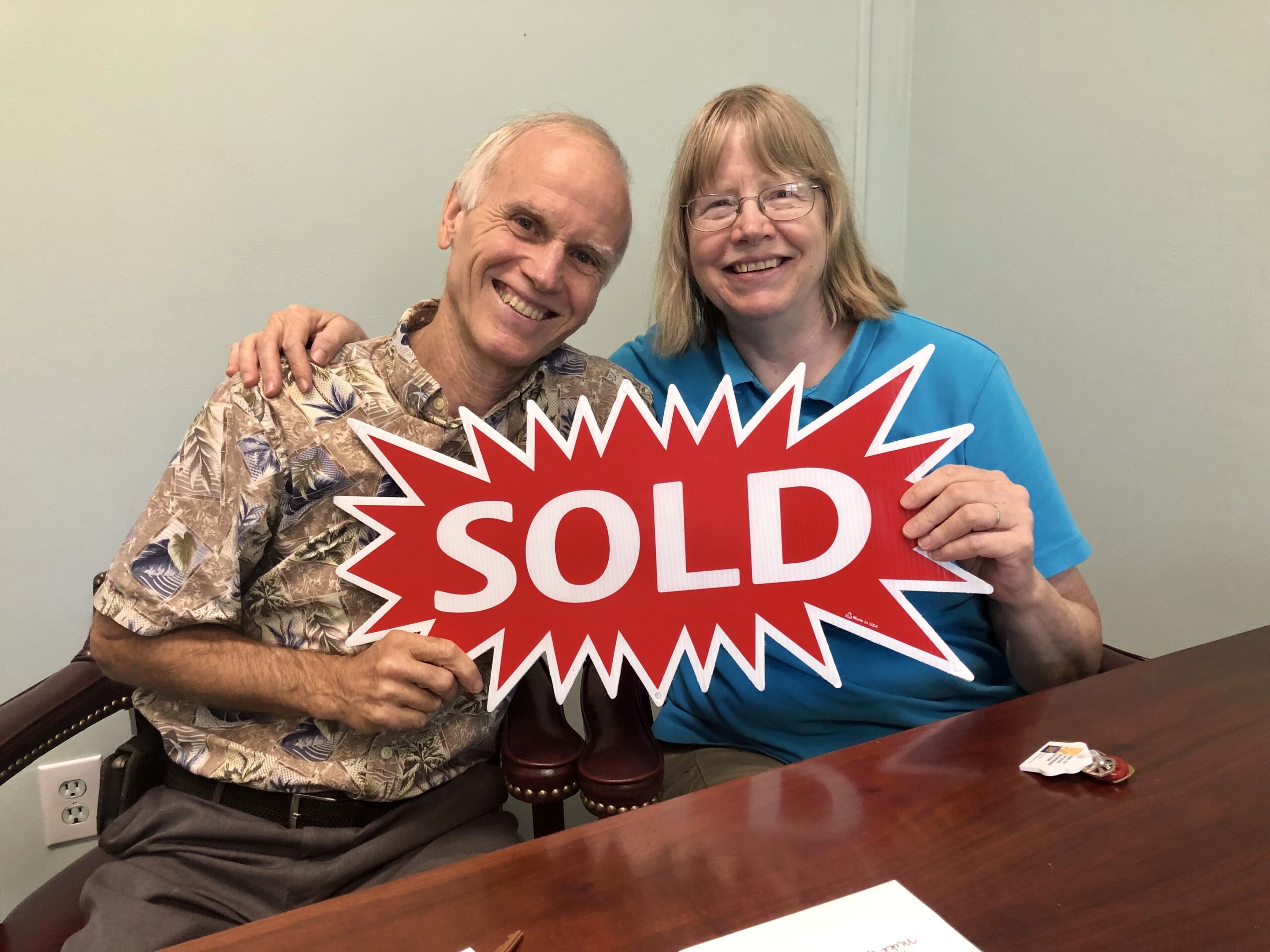 Tina had lived in the same apartment complex in Chapel Hill for 30 years, and Mike for the 13 years that they’d been married. Though they’re in their sixties now, they had always been renters. But it was through an event at the Seymour Center, which provides programs for seniors in Chapel Hill, that they first heard about Community Home Trust — and first realized that homeownership might be an option for them.

Mike and Tina both came to Chapel Hill for school in the 1970s. Since his graduation from UNC, Mike has enjoyed work in Banner Elk, North Carolina, and also Portland, Oregon. Tina has stayed in Chapel Hill, working for the State of North Carolina, mostly in libraries. In recent years, they have both been self-employed: Mike as a housepainter/handyman, and Tina as a pet sitter. Throughout their many years in Chapel Hill, they have felt at home here through relationships in the community at large, and in their place of worship, Chapel Hill Bible Church.

At first, the unpredictability of their self-employment income made homeownership feel like it was out of their reach. However, by 2019 the addition of Tina’s retirement income enabled them to apply successfully to the Community Home Trust program. Once this happened, says Tina, the whole process moved very quickly. They saw a townhome in the Vineyard Square neighborhood and fell in love with it. “The whole process from being shown the property to the closing was slightly over two months. We thought that was just absolutely stupendous!” she shares.

Mike and Tina agree that Vineyard Square couldn’t have been a better fit for what they were looking for in a home. Their long-term apartment was in East Chapel Hill, which had become increasingly congested and crowded over the years. “I told Tina, ‘Wouldn’t it be nice to move out into the country somewhere where it’s a little quieter and less crazy?’  And this feels like the country in many ways. We’re in North Chapel Hill, and it is actually so quiet on our street, and this neighborhood is just so peaceful,” shares Mike. Tina is quick to add that she worried about the isolation of living far from the center of town. But their home is just five minutes from two shopping centers, so it has the advantage of feeling quieter and more removed without feeling lonely. “We’re just happy as clams!”

They also appreciate how diverse their neighborhood is, and they’ve had the opportunity to become friends with neighbors from as far away as Burma and China. Tina is a member of the HOA board, too, and has learned a lot about how complicated it is to manage a neighborhood and the needs of everyone involved.

As for the homebuying process, both Mike and Tina say that they couldn’t have been happier with the guidance and support provided by Community Home Trust. “We have just found the CHT staff to be consistently friendly and competent and helpful, and it was such a comfort to have them shepherding us through the homebuying process because neither of us had ever bought real estate in our entire lives. So this was a huge step for us. It was a huge help to have [CHT staff] coming alongside us and guiding us through it,” explains Tina. They have taken advantage of many of the educational opportunities provided by Community Home Trust, from financial counseling to home maintenance classes, and those have proven to be a great support throughout the process.

“I’m an advocate, too,” explains Mike. “In my heart, I feel like in the United States and especially in affluent places like Research Triangle Park, so many people are left behind. Housing you can afford is one of the first necessities in life to be able to function. You need a place to shelter, and Community Home Trust has such a loving and helpful mission to provide that for people.”

Mike and Tina are very grateful to have been able to remain healthy and safe at home throughout the pandemic. Mike is still working, and thankfully, he’s been able to do 95% of his work outdoors — and he’s kept very busy with plenty of work. And having an affordable home of their own, rather than renting, has helped the couple feel secure during a time that’s been so uncertain for so many people. “It’s just such a blessing not to have to worry about whether we’re going to be able to pay the bills next month. And we’re just very thankful to God for that.”

Want to hear more stories from homeowners like Tina and Mike? We hope you’ll join us for our 30th birthday celebration, coming up at 7 p.m. on May 20!