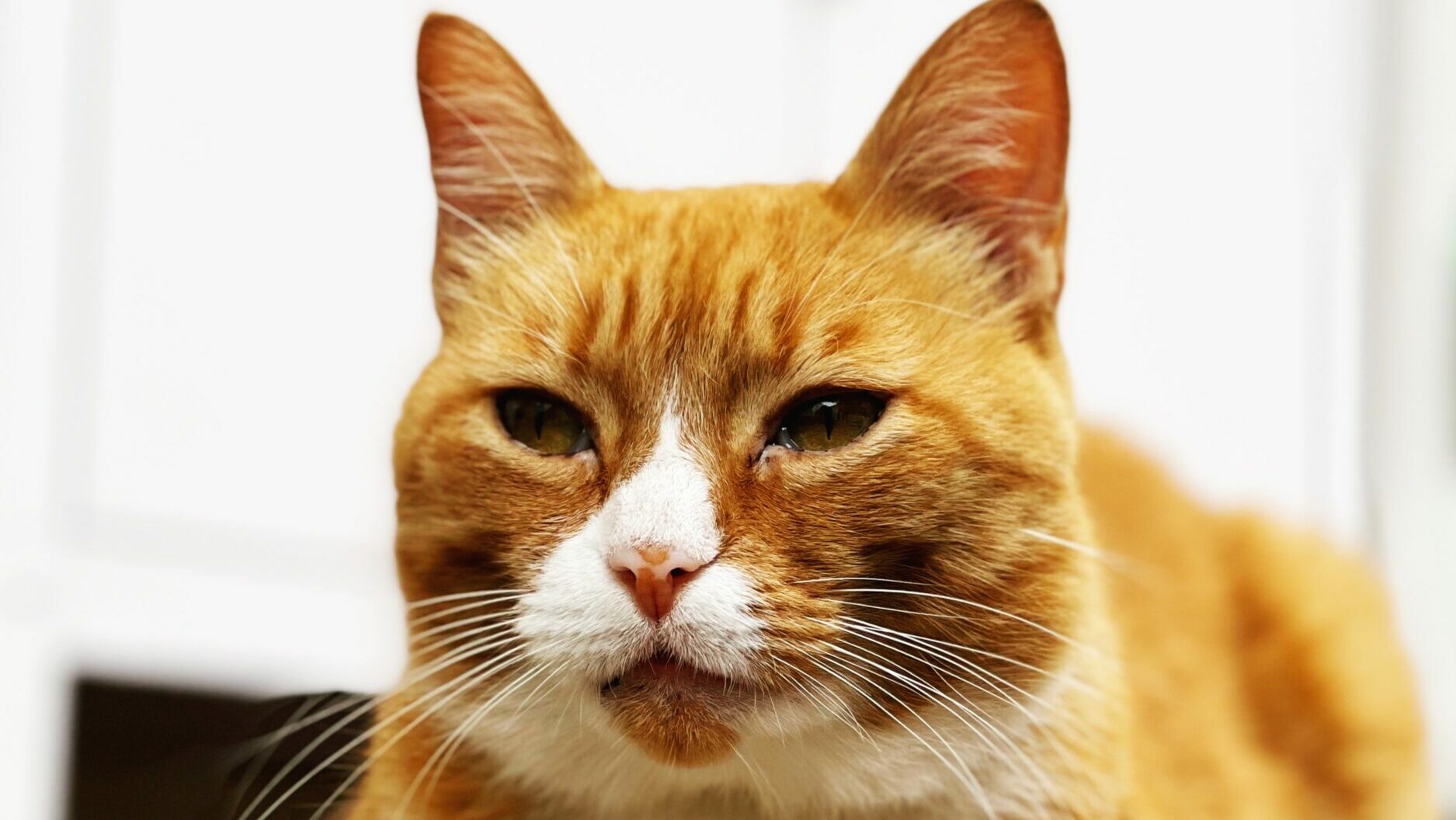 Editor’s note: We’re not quite sure what to call this story, really. Is it a tenant story? Not exactly. Homeowner story doesn’t feel quite right, either. Maybe we should just call it, “Lucky.”

One thing is for sure: although they might not know his name, pretty much everyone in the Rosemary Place neighborhood in Chapel Hill knows Izzy. Or Peanut. Or Peanut Butter. Or Nippy. Or Nipper. Or Snipper. Or Pumpkin Pie. While his nicknames vary widely, one thing that is not in question is Izzy’s luck.

“Community Home Trust is a place where a lot of luck happens,” says Izzy’s current owner and CHT homeowner, Luzita. Of course, when she talks about luck, Luzita isn’t really talking about Izzy — it’s her own family’s journey to owning their particular home in Rosemary Place that she ascribes to luck. But she could very well be talking about Izzy, who might just be the luckiest Rosemary Place resident of all.

By the way, in case you haven’t figured it out yet, Izzy is a cat.

Izzy’s first known owner, Gina, was the very first person to reserve a CHT home in Rosemary Place when the neighborhood was built in 2002. Izzy joined her in that home in 2010, after a friend identified him as a stray outside her Durham home. Izzy hopped in Gina’s car one day and headed home with her, on what was perhaps the luckiest day of what would become a long, very lucky life ahead. Izzy has lived in Rosemary Place now longer than many current residents and has been “on paw patrol,” as current owner Luzita says, for all those years. Izzy has always been the darling of the neighborhood, and when Gina sold her home and moved, it made the most sense for Izzy to remain in the neighborhood under the care of another neighbor. That neighbor moved, too — and then came the part of the story where Izzy’s luck and Luzita’s overlapped. 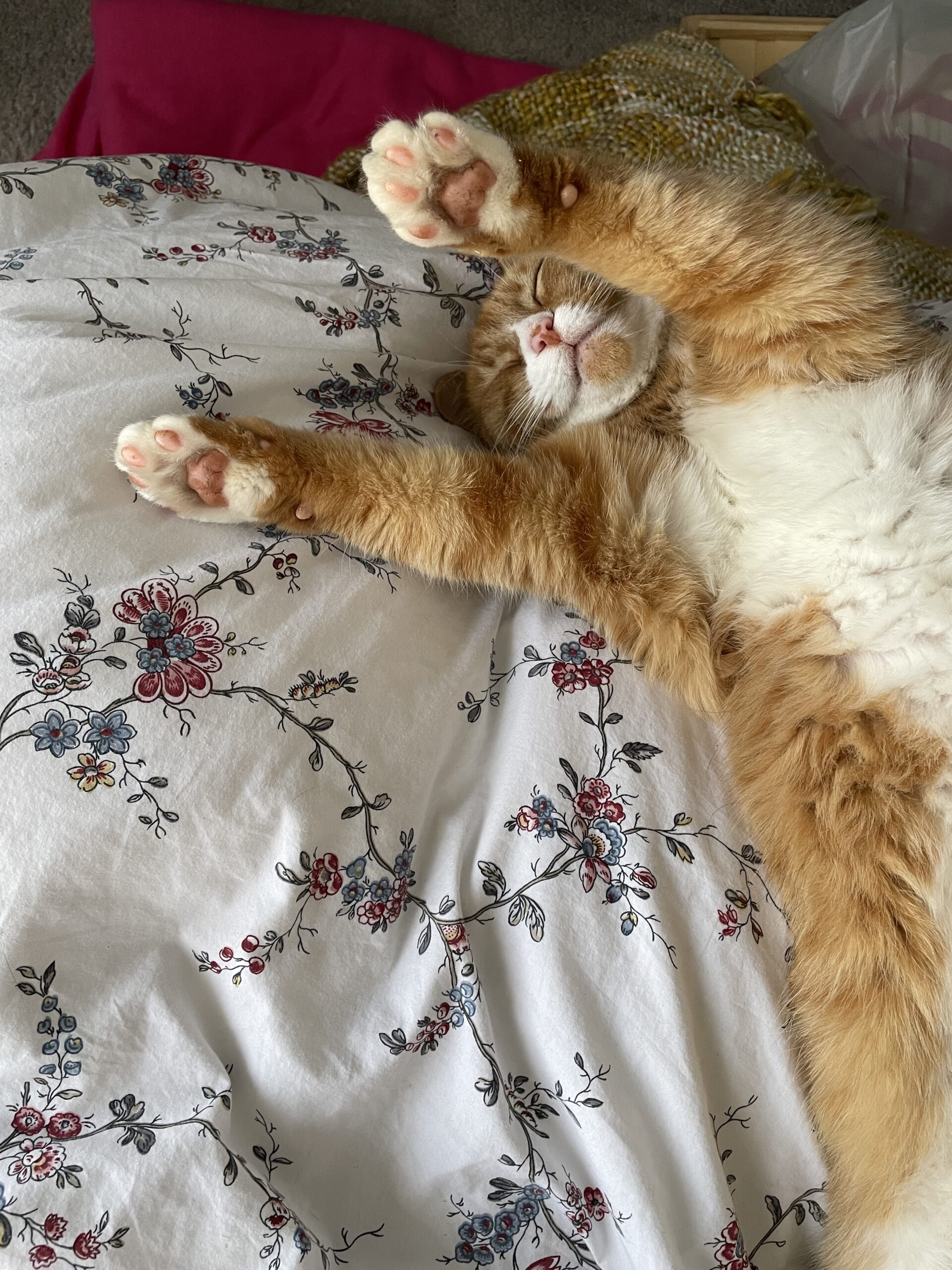 Luzita is originally from Colombia, but she moved to the U.S. from England as a single mom with three kids in 2006. She married her husband Jason in 2008, and in part because of her status as a student, Luzita says it never seemed like they would make enough money to own their own home. But in 2012 when Luzita saw a house listed with Community Home Trust, she realized she might be wrong, so she and Jason applied to the program. They fell in love with the new homes being built at Claremont and were ready to purchase one, but their loan didn’t come through and they lost the house. That was a “huge heartbreak,” says Luzita, because they had already begun to imagine themselves in that home.

It wasn’t until several years and a lot of patience later that they found their current home in Rosemary Place. Luzita says that she “just gasped” when she first saw the house “because it was exactly what [she] had imagined and dreamed of.” They were especially surprised and thrilled to have found a three-bedroom home, of which there aren’t many in the CHT inventory, because their adult daughter lives with them. Luzita and Jason were third on the waiting list for the house, but luckily, they made it to the top of the list within days. Soon, Luzita and her family (including their own three indoor cats) had moved in. And luckily for Izzy, it was his former owner Gina’s house they had purchased.

By the time Luzita and Jason purchased their home in 2018, Izzy was a fully outdoor cat, regularly making the rounds of the neighborhood to visit his friends, collect meals and treats, and entertain children and adults alike. One or two neighbors, not knowing his name, started calling him Nipper because of his tendency to get overexcited and nip playfully. He frequents the nearby Harris Teeter parking lot, and Gina even had to spring him from a shelter once after a well-meaning shopper picked him up, thinking he was lost or a stray. More than one neighbor had made a special space for Izzy/Peanut/Peanut Butter/Nipper/Nippy/Snipper/Pumpkin Pie on their porch, and soon Luzita and her husband Jason did the same, creating a heated, enclosed space for him on the front porch where he could spend cold days and nights during the winter.

Any cat owner reading this story can probably predict what happened next: it wasn’t long before Izzy invited himself back into his former home. Luzita and Jason’s indoor cats took a little bit of time warming up to this friend they’d only seen through the window before, but it wasn’t too long before a routine was established. As the smartest of her cats, according to Luzita, Izzy quickly made it clear that he’d come and go as he pleased, and he had no trouble communicating what he needed, including his freedom to go “on paw patrol” of the neighborhood whenever he wanted.

Luzita and Jason’s house is now known as “the kitty house” by at least one very young toddler neighbor, who insists on stopping by the porch in search of Izzy when she goes on walks through the neighborhood with her parents. Another neighbor who regularly feeds Izzy on her porch says that at one point, she discovered it wasn’t just Izzy she was feeding but an opossum, too, with whom she’d find Izzy patrolling the neighborhood, sometimes with another cat friend in tow. One neighbor shared photos of Izzy enjoying catnip they’ve provided, and at least one other neighbor provided Izzy with a heated bed on their porch after he claimed both their flower bed and new porch furniture as his own. That particular neighbor doesn’t live in Rosemary Place anymore but stops by the neighborhood to visit — with neighbors AND Izzy — whenever she is in town. Another neighbor shares that Izzy once spent the night in her home, too, but just like when he is at Luzita and Jason’s house, he made it clear when he was ready to head back out on patrol. Izzy has dog friends, too, and regularly visits them and makes celebrity guest appearances on their families’ Instagram accounts.

As Izzy’s first owner Gina shares, “Over the years I think he’s taken complete and total advantage of the friendly neighbors because he’s very well nourished. He definitely knows how to work the neighborhood!” She keeps up with Izzy through pictures and stories from another former neighbor who, lucky for Izzy, also invites him inside when it’s cold or he just pops by for a visit.

As for Luzita, she says owning her home in Rosemary Place has made all the difference for her family. When she first moved the U.S., Luzita was always very open to leaving, perhaps to head back to England, which she says Jason would have been happy to do, too. But now that they own their home, they have no plans to leave. “It’s probably because we own the house that I really see the U.S. as my home now,” says Luzita, “We feel well off just because of the house, although we’re not. Housing makes a huge difference in how you perceive your wealth and stability. Having that certainty and peace of mind makes a huge difference on a daily basis. We feel very, very lucky.”

Luzita advises anyone who is considering applying to CHT to start doing the groundwork to be prepared in advance because you never know when the perfect house will become available. “Be prepared and believe,” she says, as you never know when you might get lucky like she and her family did. 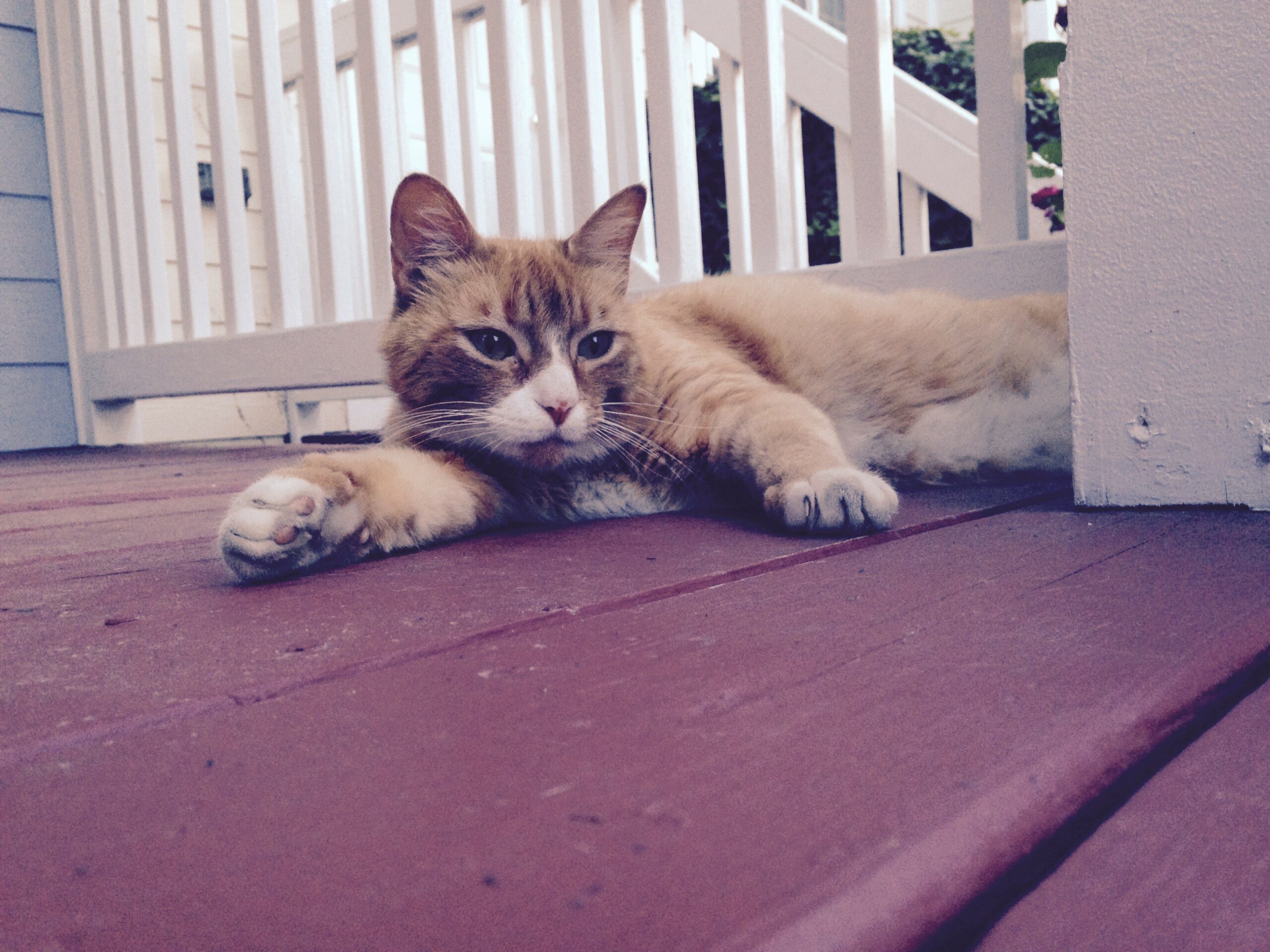 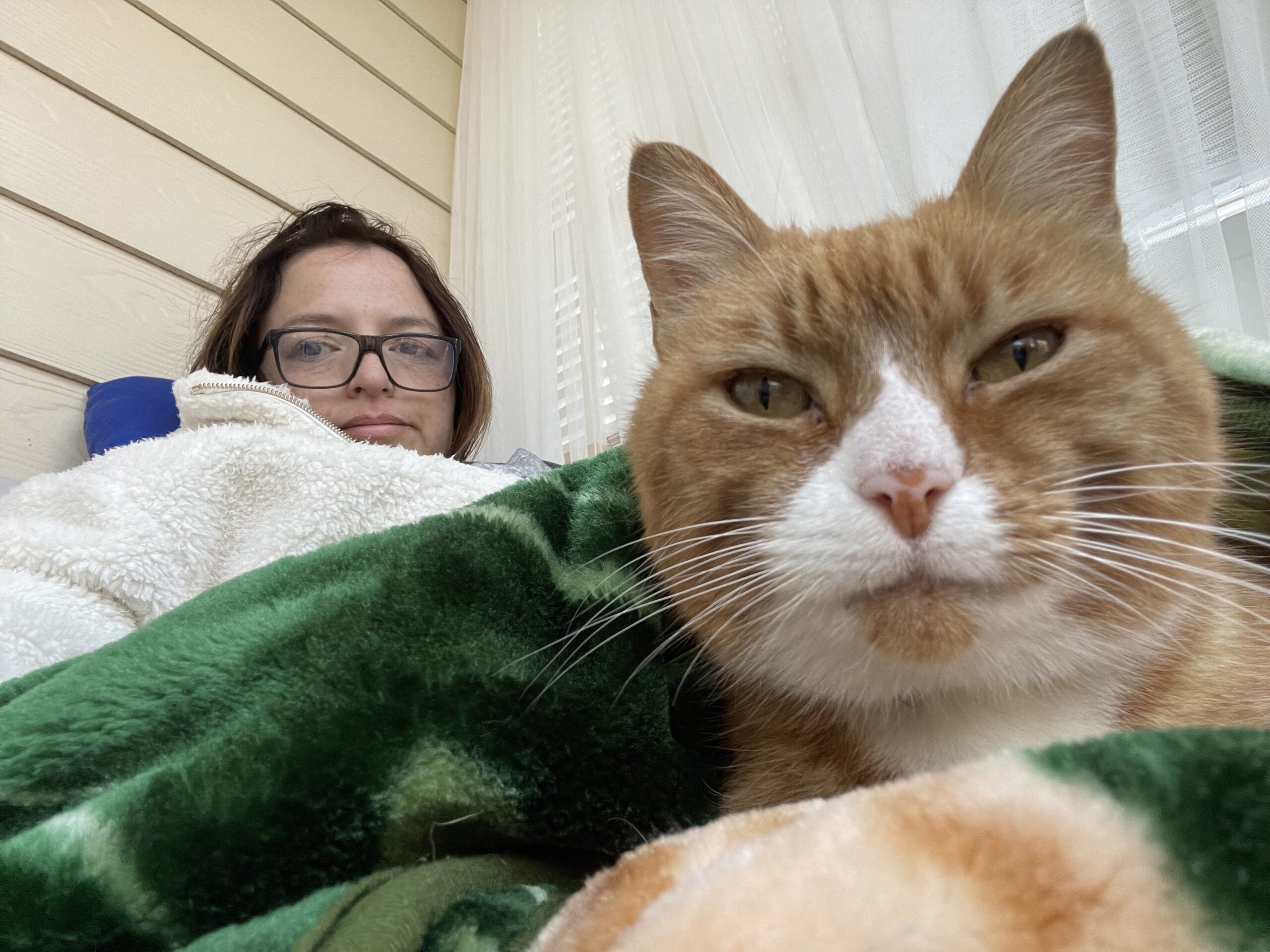 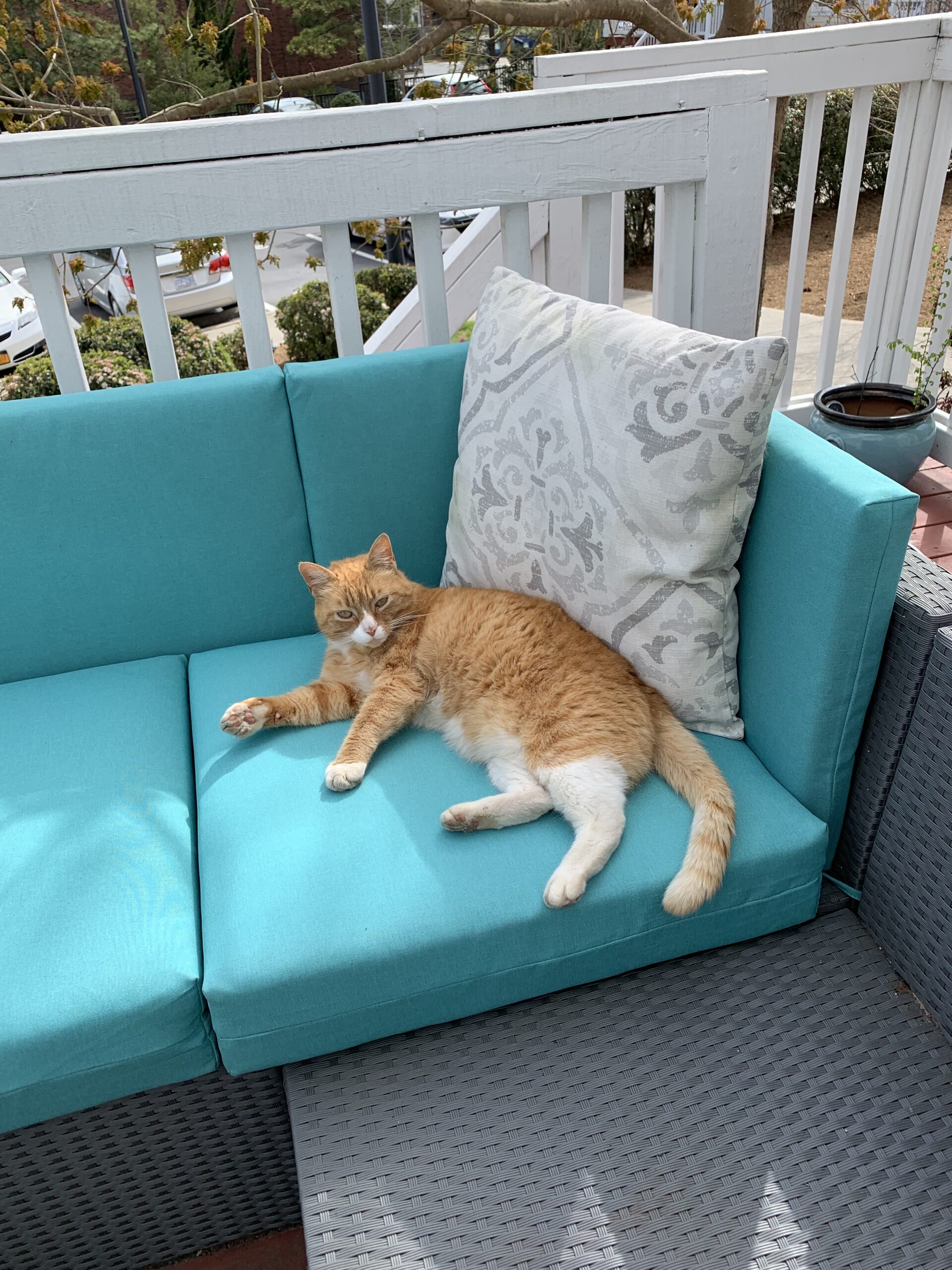 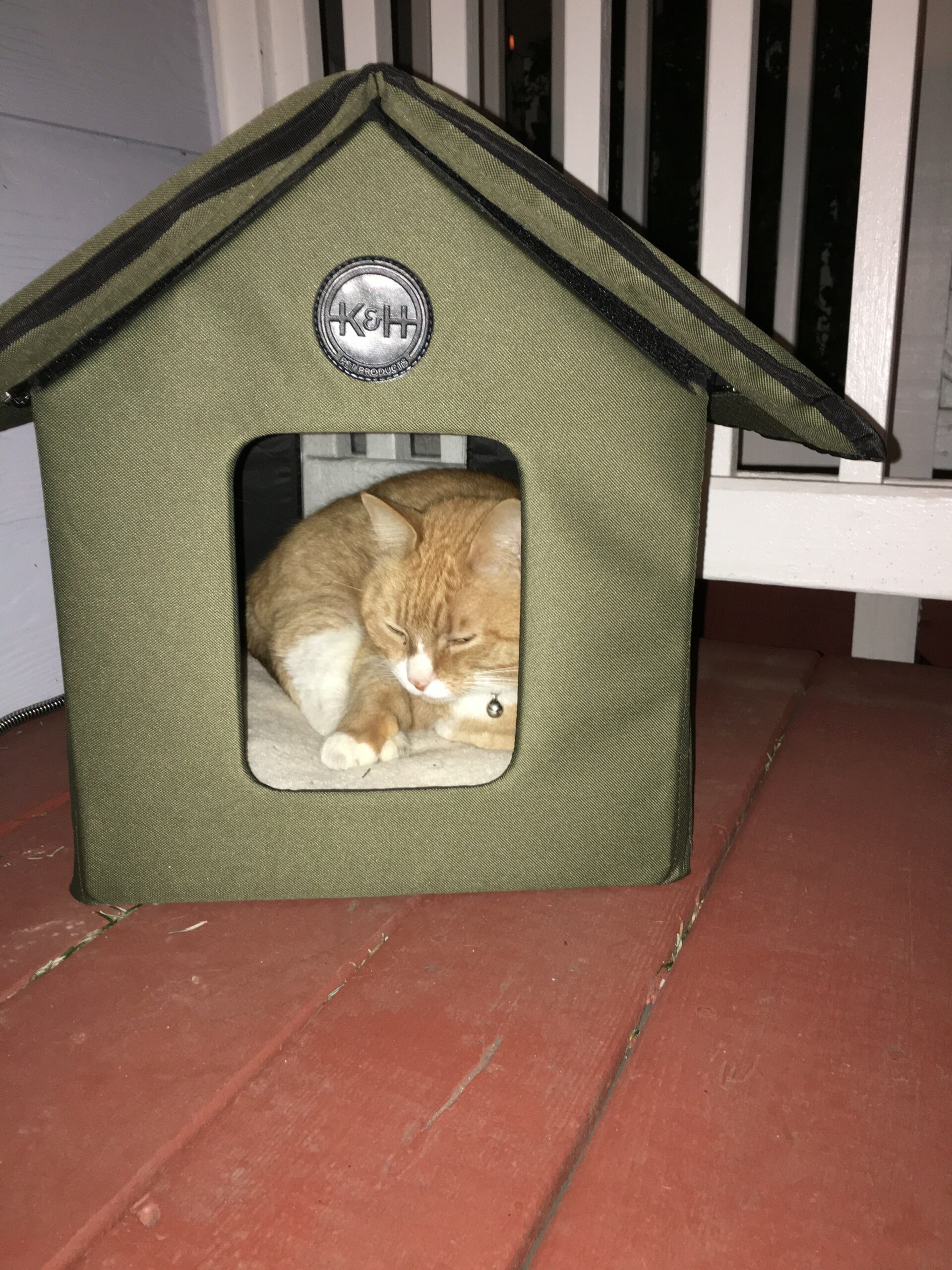 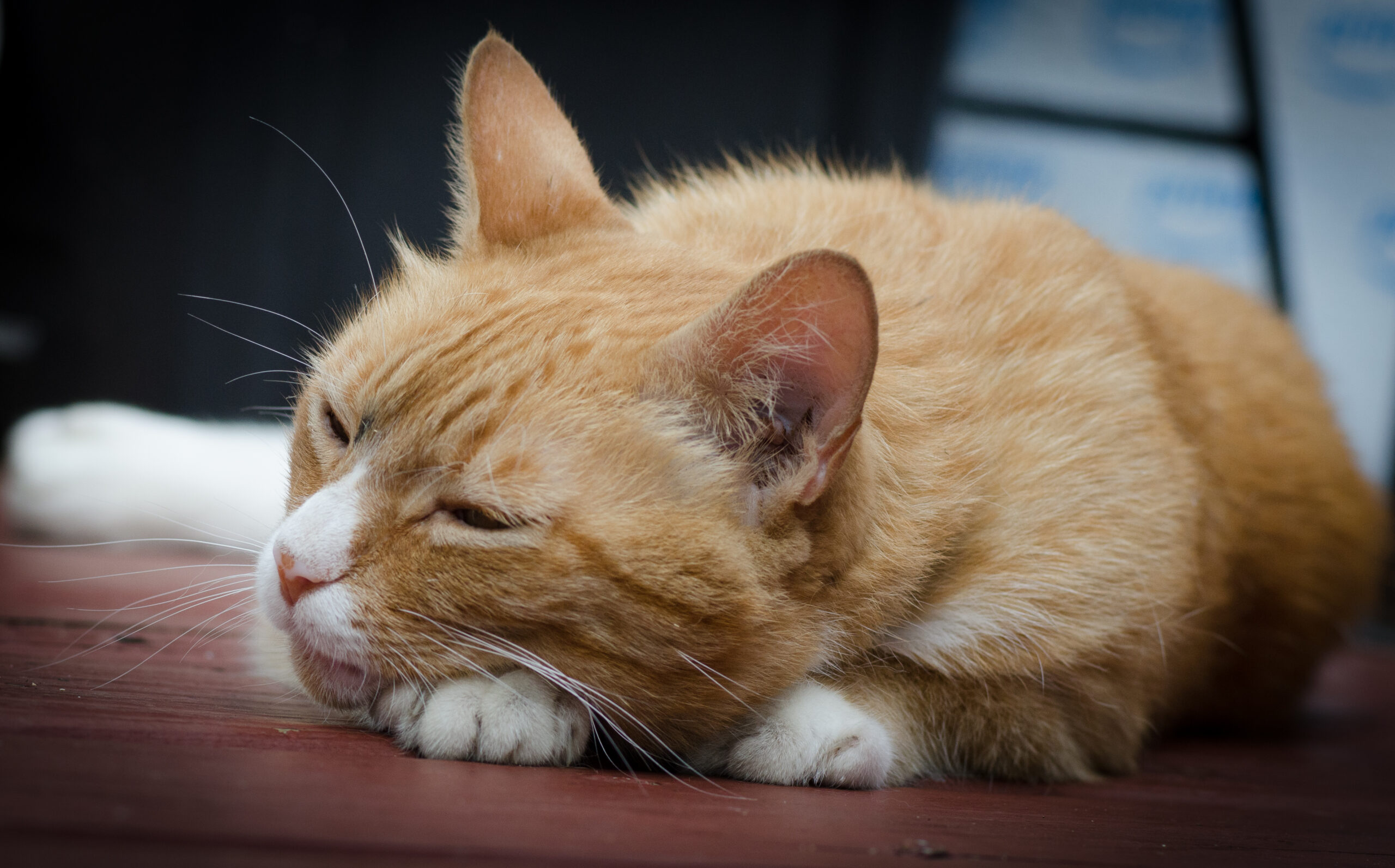 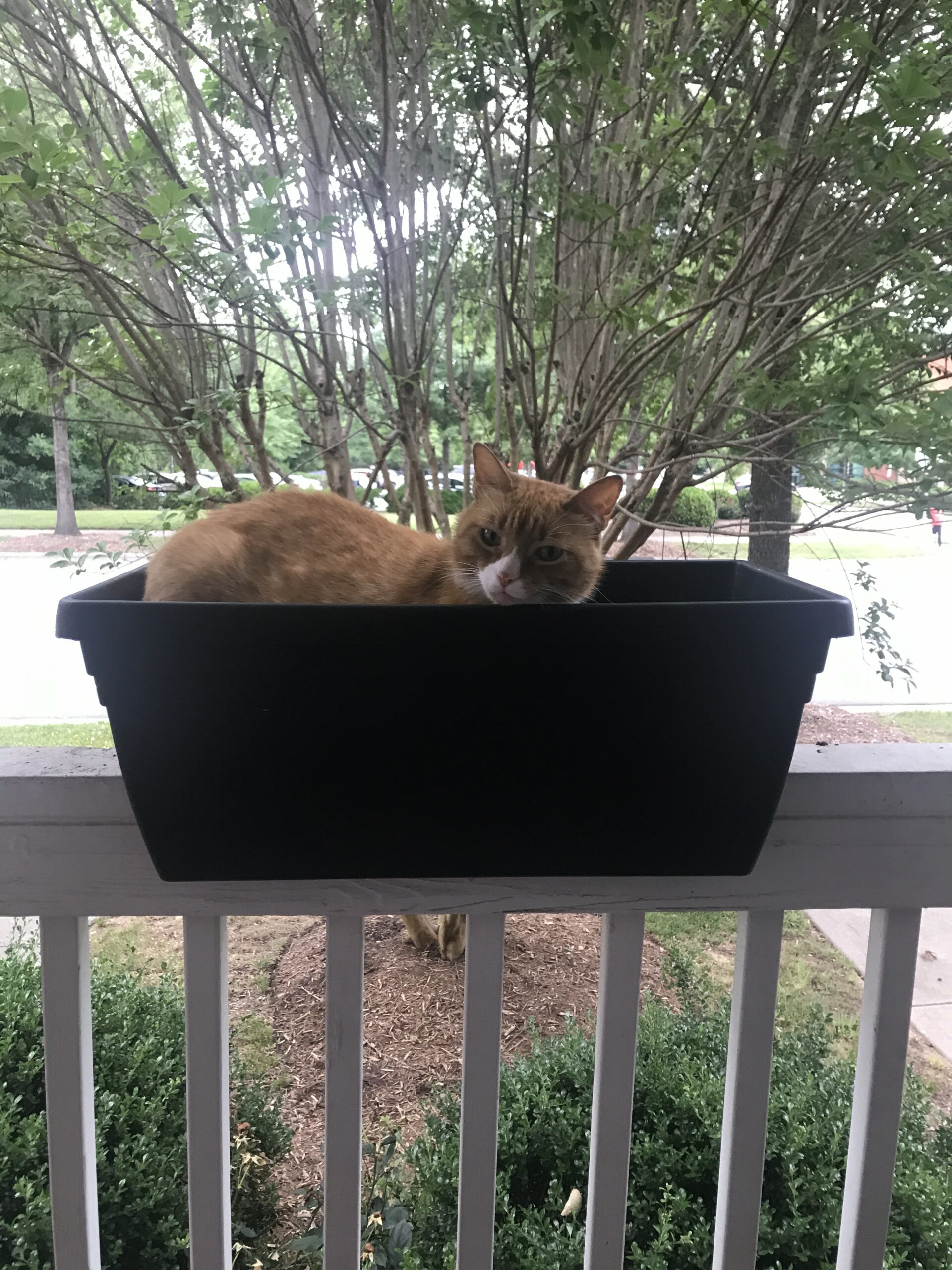 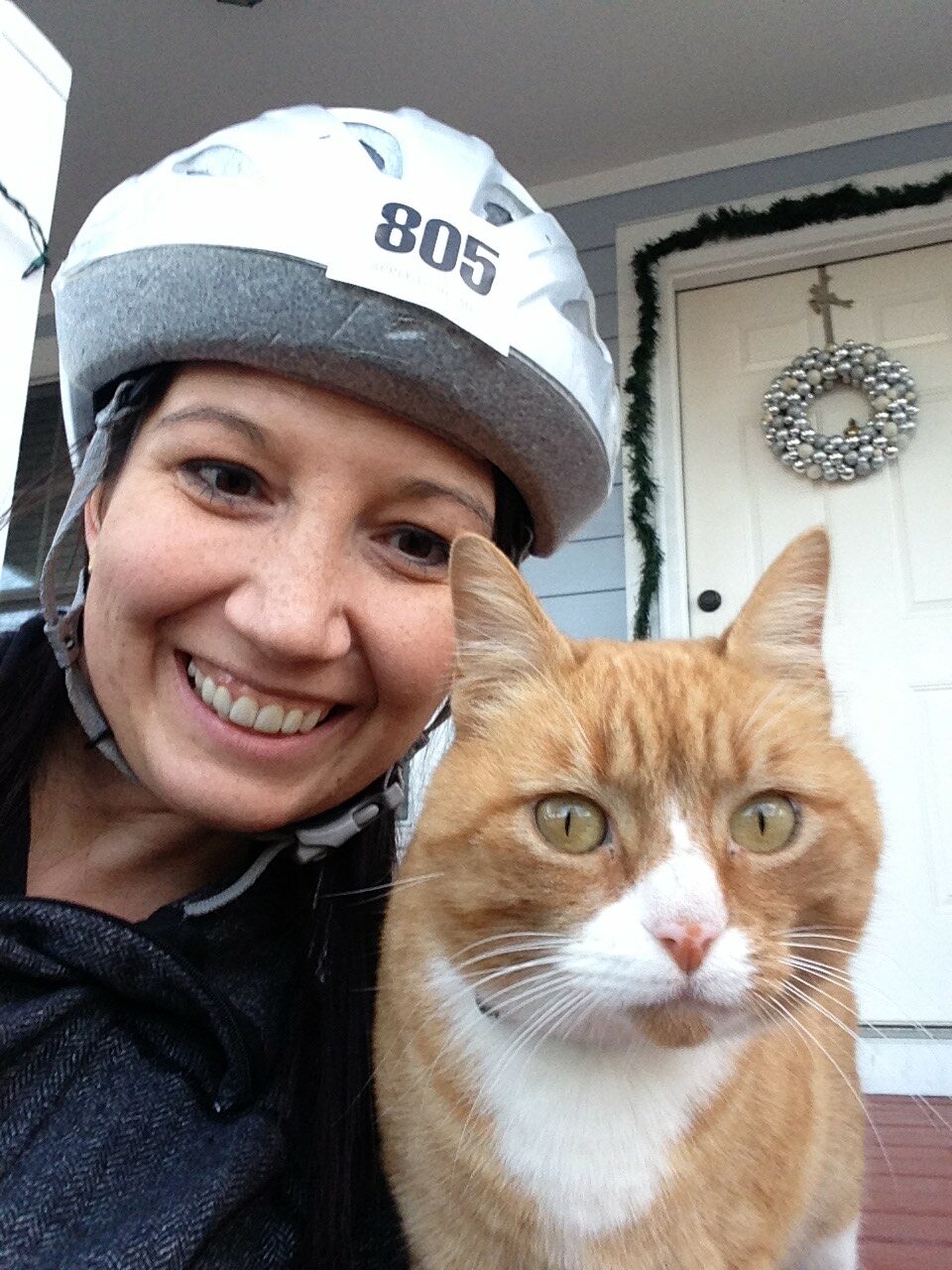 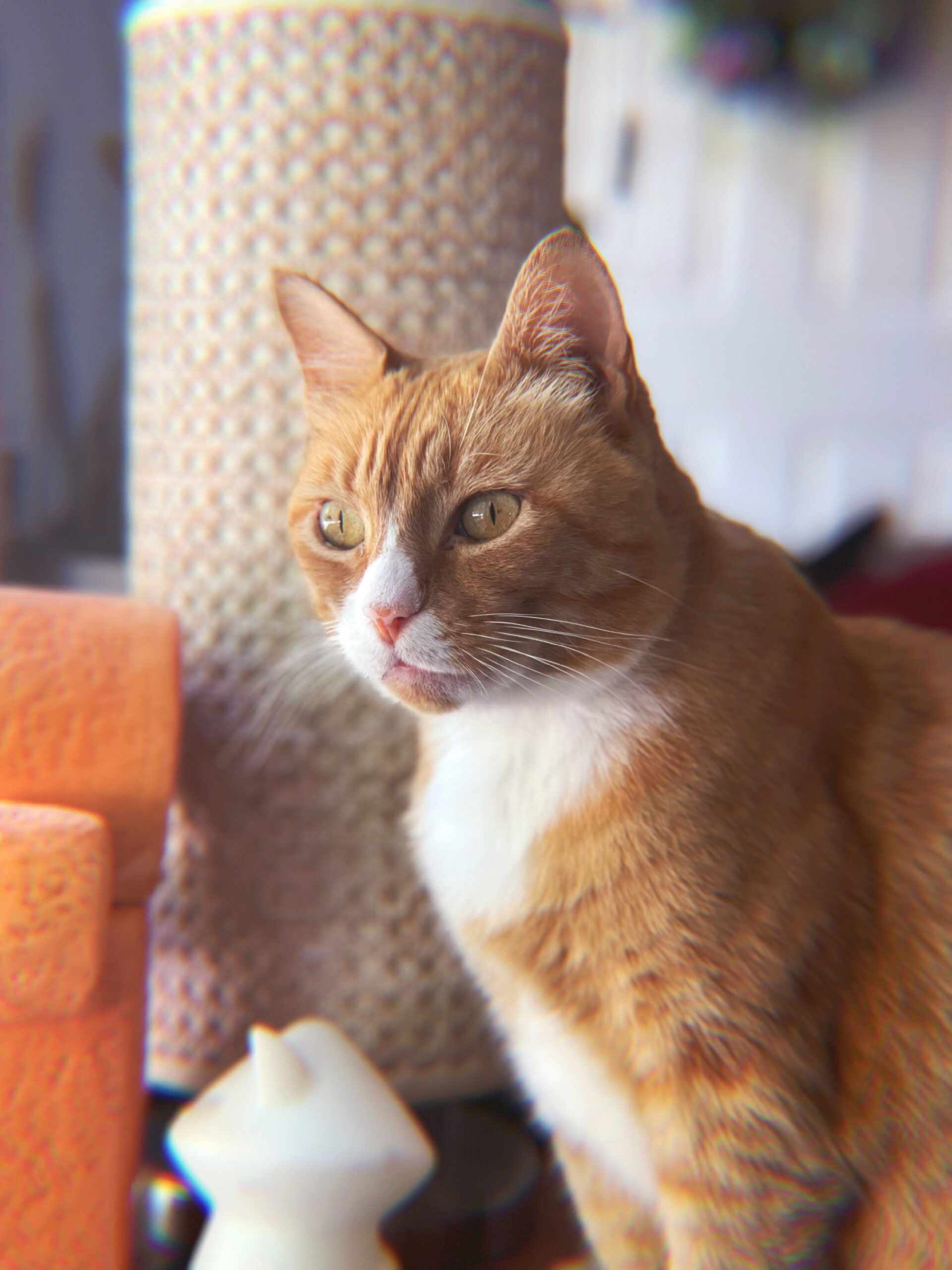 Putting Down Roots and Breaking Down Barriers to Homeownership