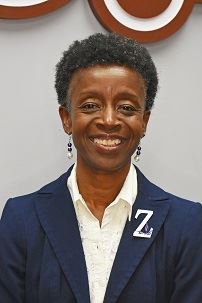 Mayor Pro Tem and Carrboro Town Council member Barbara Foushee has lived in Carrboro since 1991 — and in that time, she has seen the town go through quite a bit of change. She says that “change is growth, and growth is change,” and she knows it’s not realistic and sustainable to stay the same. She’s grateful, though, that elected officials have been thoughtful about what kind of development is allowed because she doesn’t want Carrboro’s small hometown feel to change too much.

Foushee herself is deeply committed to her community and has been for many years. In fact, it was her extensive involvement with community organizations that led her to run for Town Council initially. Currently, she is heavily involved with the Chapel Hill Carrboro NAACP as a member of the Executive Committee; serves as the president of her sorority Zeta Phi Beta Sorority, Inc; and is the co-chair of the Community Awareness and Political Action Ministry at her church, First Baptist Church, Chapel Hill. She has also served as a mentor with Blue Ribbon Mentor Advocate and a is a past member of the OWASA Board of Directors.

Foushee says she had never really considered running for elected office, although people often suggested it to her. But in 2017, an opportunity presented itself, and she decided to “take the dive and jump in.” As a Town Council member, Foushee sees herself as a member of the community whose responsibility is to make sure other community members’ voices are heard. “Representation does matter, ” she explains, and she takes her role as a representative of the community very seriously. She says there’s nothing glamorous about being an elected official — it’s a lot of hard work and a lot of meetings, and you have to love community work.

Among the issues that are of primary importance to Foushee is affordable housing, which is why she requested the assignment of liaison to the Community Home Trust Board of Directors in 2019. She says she’s particularly concerned about the expansion of housing opportunities across income ranges as well as demographic changes in the community as housing gets more expensive and certain segments of the population get priced out.

One highlight of Foushee’s time as a member of the CHT Board has been experiencing the transition from retired Executive Director Robert Dowling to current Executive Director Kimberly Sanchez. “The changing of the guard was exciting, watching Kimberly work and provide a new vision,” and the possibility for expansion and “doing more” that is a part of that vision is a highlight for Foushee. She also shares her admiration for the entire CHT staff, whose work has not stopped in spite of a pandemic, a leadership change, and the tragic loss of their colleague, Deanna. The staff has had “no time to do anything but move forward,” says Foushee, “and I applaud them for that. I know it wasn’t easy, especially last year.”

When Foushee isn’t busy doing community work, she is a senior technologist in a molecular oncology lab. She has spent her entire 30+ year career in clinical laboratory sciences, and she says she has always loved the work. “Behind every sample, there’s a patient waiting for results, and I’m committed to exemplary customer service for those patients and their healthcare providers.”