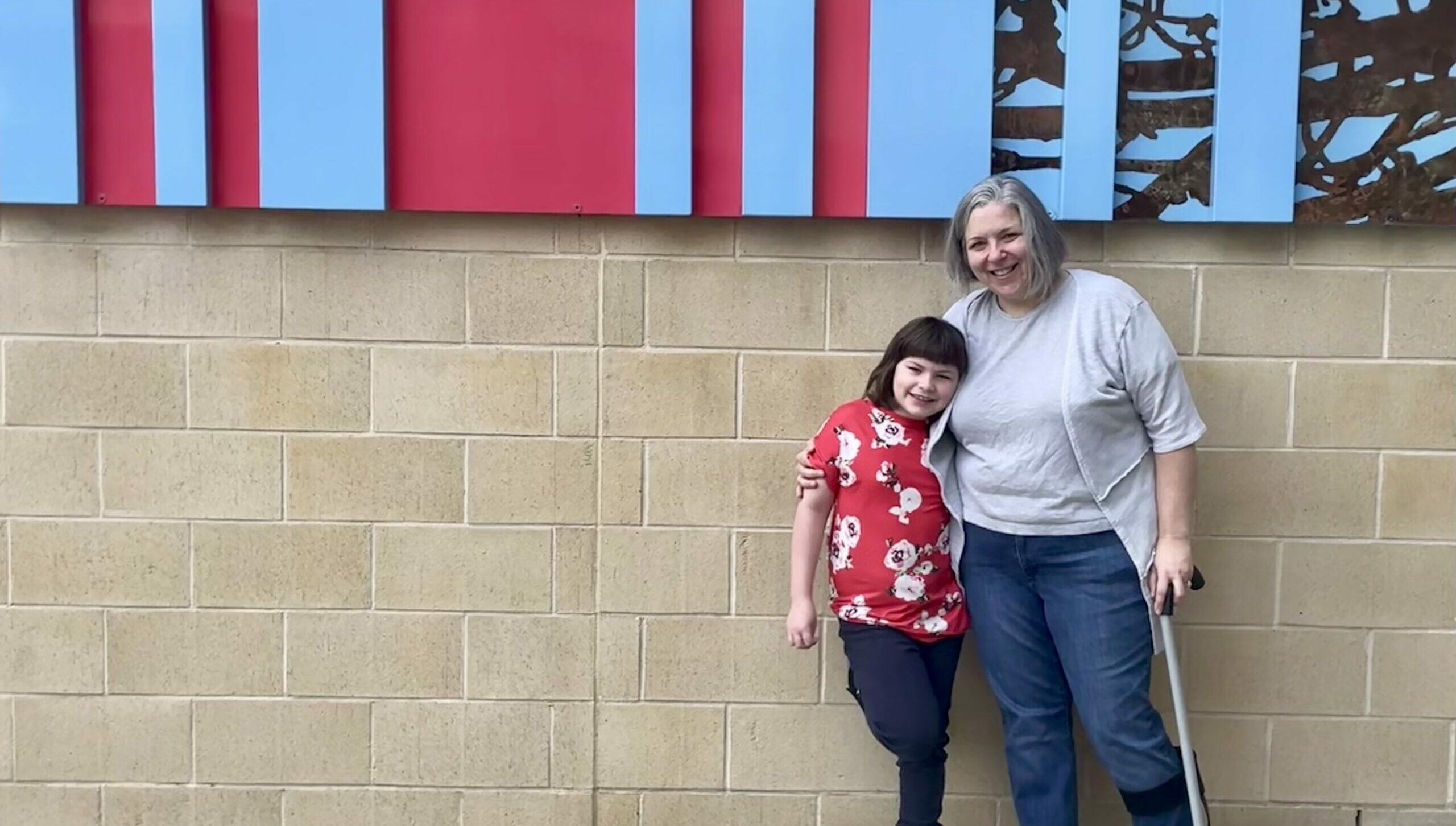 Erika is a single mother to 8-year-old Serenity – and very recently, to a new kitten named Olive, too. Erika and Serenity added Olive to the family when they moved into their new condo at 140 W. Franklin Street just over a month ago, fulfilling a promise Erika had made that they’d add a furry friend to the family just as soon as they had their own home. And for both Erika and Serenity, that new home has changed just about everything.

Erika lived and worked in New York City for many years, until she was diagnosed with multiple sclerosis and decided to move to Sunset Beach, NC, in 2010, where her mother had retired. There, she was surrounded by family and had plenty of support as she navigated her new physical challenges and the amazing treatments that have changed the trajectory of her disease and her life. But when she adopted Serenity as a baby, she knew her time living in Brunswick County was limited, as she wanted to be in a different school district once Serenity reached school age. In 2019, they moved to Carrboro, where Serenity had a great kindergarten year – and then the pandemic hit. Because of Erika’s high-risk health status, she and Serenity were forced to take lockdown restrictions very seriously and stay put at home.

The home they rented at the time was in a great neighborhood, but the unit itself wasn’t in great shape. So Erika became a “professional researcher,” working on finding another affordable housing solution for her family. One of the biggest challenges she found was that most places she could afford were in multi-level units, and because of her physical limitations, that living arrangement wouldn’t work for her. She reached out to the Northside Neighborhood Initiative to see if they had any advice, and that was how she first learned about Community Home Trust. At their suggestion, she applied to get onto the waitlist for a CHT home, even as she continued to search for other options.

Erika thought her dream home would be a single-family house with a fenced yard, one where they could have a dog with room to run and space for Serenity to play outside. Instead, she fell in love with the first CHT home she saw, a one-story condo right in the middle of downtown, with access to all the amenities that Chapel Hill has to offer right outside her door, in a building that Erika describes as “nicer than any building [she] ever lived in in New York!” They moved into the condo just last month and are already taking advantage of all the neighborhood has to offer, including summer camp for Serenity at the planetarium right across the street. When she first learned about the home, Erika says she still had in mind that her preference would be a home with a fenced yard for a dog. But when she saw the condo, she said, “This is it! We can’t get a dog necessarily, but we can get a cat!” And that’s exactly what they did.

“The most ‘New York City’ of downtown Chapel Hill is right here in my building,” says Erika, who loved living in New York but was no longer able to keep the pace of life there. And owning her home has really changed so many things for Erika and Serenity. “I can’t describe the relief I feel living here now. I was spending way more than I could afford on rent, and it’s just an insane relief financially to know that we can stay here for 99 years and then she can live here for 99 years! It’s just such a relief that scrambling to find housing is no longer part of my daily life.” Her mortgage is currently about $500 less per month than her rent was, and her rent was continuing to rise. Serenity loves being able to get the mail herself, and Erika loves that the concierge and full-time security are right there in the lobby of their building so it’s safe for Serenity to have that independence.

Erika says that although buying a house is supposed to be one of the top ten most stressful experiences in a person’s life, her homebuying process with CHT wasn’t stressful at all. She says there were so many pleasant surprises along the way, especially things like CHT’s forgivable second mortgage that helps make the home affordable. Her advice for anyone considering homeownership with CHT is simple: “Just apply! Do it! And don’t give up.” She has referred everyone from friends to her movers to the program, which she describes as remarkably easy and smooth. “Amy Slaughter [CHT’s real estate manager] is a gift. She really is like a shepherd, just leading you through the process and making it so easy and seamless. I can’t say enough good things about my CHT experience from beginning to end.” When Erika was explaining CHT’s model to her dad and how the permanent affordability of her home means that she won’t necessarily receive a windfall if she decides to sell it, her dad told her, “Erika, you’re getting the windfall every month.” And she says he’s right: the windfall is all the money she’s saving on housing costs right now. “This is just like heaven.”